Every industry in China is undergoing changes. No industry is static. All are dynamic or impermanent. Company leaders must internalize and accept impermanence as a given and chart the company strategy with such a view.

All organizations consist of opposite forces. When there is black, there is also white. Same for yin and yang. And structure and chaos. But each of these forces won’t be able to manifest itself without the other. No one knows what black is without knowing what white is. And vice versa. Ultimately, what’s apparently opposite is actually one of the same. Or the Oneness. The job of the leader of any organization is to help the people to see through the illusion of the duality and get to the real core of the non-duality or the oneness. When an organization gets the notion of oneness, it’s consciousness will manifest and it will know what, how and how fast to navigate in the most natural way.

We often say we do “projects.”  More appropriately, however, we should say we undertake “engagements.”  Projects signify a transaction. Engagements stand for symbiotic relationship that goes on.  It stands for mutual commitment.  And the relationship extends beyond the contractual duration.

Consulting should be non-hierarchical, collegial, meritocratic and team-based. Consulting is best conducted through conversations in which both consultants and clients engage in seeking truths. A good consultant is one who can lead the team and client in the discovery process from ambiguity to clarity, from unknown to known, from little logic to logical, and from little consensus to alignment. And ultimately enlightened client and team.

Consulting is a marathon not a hundred meter dash. So consultants should pace themselves. Don’t kill yourself by keeping on dashing. Take time and relax. Sometimes get totally out of the rat race for a while. You will see your mind would work better that way. Also your health.

The last 40 years of Reform and Opening-Up have brought incredible changes and progress to China, turning the image of the country upside down from a planned economy to one of the world’s most vibrant business landscapes.

While the central government didn’t attempt to change everything overnight—as the International Monetary Fund advised—it made continuous reform and opening the centerpiece of its governance.

With pragmatism and tangible results in mind, China has figured out its own development model without consciously knowing it. At the top, the central government’s guiding hand in Beijing sets goals and directions for the country, giving the rest of the country clear targets to follow. At the grass roots level, private sector entrepreneurs, who were given the opportunities to re-emerge, have become a major force in driving not only the growth of China but the upgrading of the global economy. In the middle, China’s local governments, in response to the central government’s direction and strategy, channel their resources and focus on areas of national and local priorities. The local governments often collaborate closely with entrepreneurs who bring innovative ideas to bear. As the local governments compete with each other, some of them also often collaborate in regional clusters.

This three-layer working paradigm, though not perfect, has indeed been proven to enable robust momentum driving progress forward and generate resilience for continued development. Between 1978 and 2016, China’s annual GDP growth averaged 9.7 percent, faster than the growth of any other country over the same time period and almost quadruple that of the US.

The symbiosis of state-owned enterprises (SOEs) and private-owned enterprises (POEs) in China’s dual economic structure is also a defining feature of the economy. On the one hand, SOEs take the initiative on nationwide mission-critical projects such as major infrastructure, utilities, natural resources, military and defense; while on the other hand, POEs are great at market-driven innovations, often enabled by technology, that address society’s pain points. While SOEs in many cases enjoy greater advantages in terms of policy privileges, resources and capital, and licensing rights, the private sector embodies more agile organizations, higher business innovative potential, as well as sensibility and responsiveness to market changes.

Though the dual economic structure encounters occasional glitches, the two sides complement each other well most of the time, often without knowing it, and use their respective strengths to generate synergy in society as a whole.

In the meantime, China has accelerated its pace of opening by liberalizing the market access of more key industry sectors. In June, Beijing unveiled a plan for easing foreign investment curbs on the banking, automotive, agricultural and heavy industrial sectors, which signals lower entry barriers and more opportunities for cross-border investors. China will also phase out ownership caps on businesses, including ship and aircraft manufacturing, power grids and some consumer goods sectors. Either in the context of the trade war or the critical juncture of industry restructuring, China has gathered more confidence in the resilience of its domestic businesses and is ready to embrace competition from worldwide, which, in turn, would further stimulate innovation and growth.

The de facto game changers of China, namely the entrepreneurs, have evolved in generations. At the end of the 1970s, the Chinese realized that not only was their economy underdeveloped but also the business mindset backward compared to developed nations. This dose of reality was a shock to those who had subscribed to the nation-state’s self-sufficient, long-standing utopian economy. This situation spurred a new sense of purpose among Chinese entrepreneurs—the desire to strive for success and show the world that they too could succeed. They thought to themselves, if Li Ka-shing and Bill Gates can become men of great wealth, why not me Although it’s been 40 years since the opening-up of China, this question of “Why not me” is still the key engine that drives the Chinese entrepreneurial spirit. 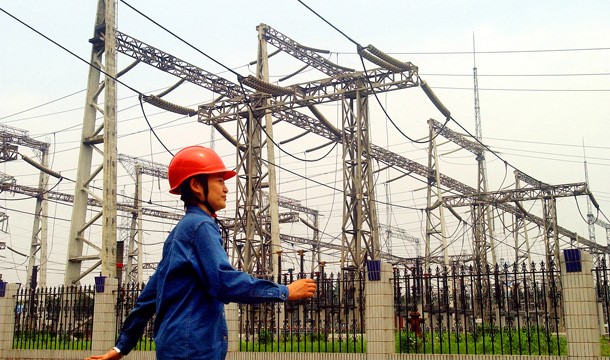 At the same time, the size and fast-changing nature of China’s market allows companies to rapidly scale up. Leading Chinese companies are benefitting from high valuations that are based on favorable forward-looking expectations of China’s market potential. Over the past 20 years, plenty of capital needed to fund development and growth was made available through the public capital markets, either within or outside of China, as well as through plenty of venture capital, private equity and angel investors, fueled by the immense aspirations of the governments, entrepreneurs, and investors.

Nowadays, the new generation of entrepreneurs continues to inject vigor into the country. The Internet and technology sector—ranging from ride-hailing to e-commerce, robotics and artificial intelligence—grew twice as quickly as the overall gross domestic product in the past decade, according to Xinhua last year. Deloitte and China Venture, in a 2017 report, said that China accounts for more than a third of the total number of unicorns globally, and has become the world’s second largest birthplace of unicorns.

New dynamics are also emerging among entrepreneurs, who are getting younger and more geographically diverse. China Youth Daily reported in 2016 that the age of first-time young entrepreneurs in China averaged around 25; another study showed that although startups generally prefer top-tier cities, they are also reaching lower-tier cities such as Xi’an and Qingdao.

Women, in particular, are starting to rise to the entrepreneurial center stage. Last year, in the Forbes list of the world’s 56 selfmade women billionaires, there were 21 Chinese, accounting for 37.5 percent of the total. China’s femalemale ratio of an index measuring entrepreneurial activity is 0.87, above the global average of 0.7. The Total Early-stage Entrepreneurial Activity index, published by the Global Entrepreneurship Monitor, reflects the percentage of the 18-64 population who are either a nascent entrepreneur or an owner-manager of a new business.

With President Xi Jinping’s declared goal of creating an innovation nation by 2030 and strategic goals like Made in China 2025, we expect more innovations from China. The country is now already the second-largest spender on research and development and accounts for 21 percent of the world’s total, according to the US National Science Foundation. From the grass-roots level, patents, trademarks and industrial design have soared in recent years. The World Intellectual Property Organization reported that China contributed to 98 percent of global growth in patent filings, more than the combined total of the US, Japan, South Korea and Europe.

The Fourth Industrial Revolution is imminent, and China is one of the leading nations. As new and emerging technologies like AI, IoT and Blockchain are here and 5G is just around the corner, the Chinese are fully embracing them to further enable innovation.

For example, to support higher levels of manufacturing productivity, China recognized the necessity of automated manufacturing, and added 87,000 industrial robots in 2016, slightly lower than Europe and the United States combined. Chinese growth in robotics is forecast to exceed 20 percent annually through 2020, according to the International Federation of Robotics.

The transition into this new era will have major implications for China and the rest of the world. For companies, new opportunities would at the same time mean greater risks and responsibilities. Today, many private companies are led by their owner-managers. Going forward, corporate survival hinges upon succession planning and transition. Having grown at a breathtaking pace in the last few years, large organizations, such as Didi, which was twice embroiled in safety scandals this year, need to have a clear value proposition and bear in mind their responsibilities—defined not merely as maximizing shareholder benefits but the intangible impact on the society at large. Both investors and management teams must understand and internalize the need for the company to demonstrate corporate leadership well beyond the narrowly-prescribed realm of financials, epitomize what a good corporate citizen really is and turn that into proper governance.

China will be at the front seat witnessing the turning point in the Fourth Industrial Revolution, perhaps ahead of most of, but not all other countries in the world. As the country continues to embrace multilateralism, naturally it will play an even larger and responsible role in future global governance. We expect China to step up further and take on global leadership, and even more and disruptive innovations to come from China’s businesses.

Dr. Edward Tse is founder and CEO of Gao Feng Advisory Company. One of the pioneers in China’s management consulting industry, Dr. Tse built and ran the Greater China operations of two leading international management consulting firms for a period of 20 years. He has consulted to hundreds of companies – both headquartered in and outside of China – on all critical aspects of business in China and China for the world. He also consulted to the Chinese government on strategies, state-owned enterprise reform and Chinese companies going overseas. He is the author of over 200 articles and four books including both award-winning The China Strategy (2010) and China’s Disruptors (2015) (Chinese version «创业家精神»).

Problem solving starts with problem definition. What IS the problem that the client needs consultants to help them solve? WHO is the client anyway?