From fringe to core and from core to fringe. A simple but powerful concept that was built on the Multiple Jumping strategy framework. We introduced this concept in 2014. New innovative ideas often begin at the fringe of a company’s business. When it grows, it often would move into the core of the company and become the mainstream. In some cases, companies would reinvent its original core business to make it great again. At some other times, however, the importance of the original core will diminish and eventually become a fringe business. This can be an ongoing cycle that goes back and forth for many times. And therefore at heart it’s dynamic strategy with duality as its nature.

The Resilient Organization. This organization is flexible enough to adapt quickly to external market shifts, yet it remains steadfastly focused on and aligned with a coherent business strategy. This forward-looking organization anticipates changes routinely and addresses them proactively. It attracts motivated team players and offers them not only a stimulating work environment, but also the resources and authority necessary to solve tough problems.

As a consultant,  you know you made it when clients begin to use your frameworks and nomenclature to talk about their own business.  Thought leadership is key to problem solving and in turn is key to creating lasting client impact.

As a consultant, you know you made it when clients begin to use your frameworks and nomenclature to talk about their own business. Thought leadership is key to problem solving and in turn is key to creating lasting client impact.

Innovations and entrepreneurship have become core to China’s culture. Young people from all over are trying to become successful. Many will fail and they know but a small number will make it. A small % of a large number is a large number. And the ones who make it will become role models for others. 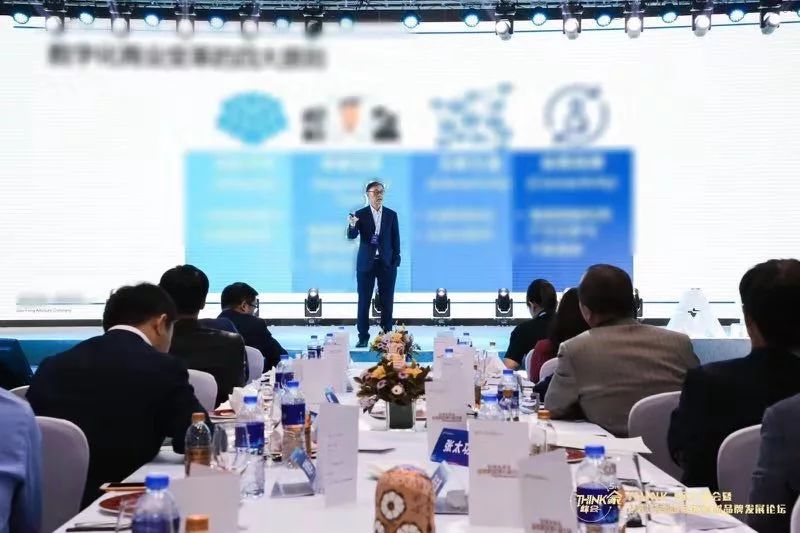 In every consultant, there are bits of being a problem solver, a reporter and a process manager. The way these attributes manifest depends on the person. Most consultants believe they are problem solvers. In reality, lots are more inclined towards the latter two attributes.

“Like himan, organizations are driven by their subconsciousness. ‘Business as usual’ is the norm. That’s why many co’s can’t cope with today’s fast-changing environment. The leader’s job is to raise the level of consciousness of the organization so it’s fully alert.”

“The basic requirement of a qualified consultant is to excel in three types of leadership: Thought Leadership, Client Leadership and Team Leadership. Deficiency in any one of these dimensions would make a consultant incomplete.”

Everything in the world is a duality (underpinned by a union or non-duality). Sun and Moon. Yin and Yang. Order and Chaos. Intellect and Creativity. Strategy and organizations all manifest in terms of duality. The best problem solvers are those who are aware of this and can consciously balance the forces within the duality in a dynamic manner.”

With major disruptions taking place on both the demand and supply side epitomized by technological changes, massive market scale and gradual retorms， China has become the world’s leading business laboratory. The country has transcended its identity as a market or a manufacturing and supply base, it has become a definitive source of cutting edge intellectual capital on strategy and business. The radiation of that source to rest of the world will impact how executives, investors, academics and professionals expand their thoughts on businesses.

Problem solving is both a leap and also iteratiions. It’s a leap because at all times, a consultant needs to have clear hypotheses of what the answers to the problem ought to be. However, the hypothesis by definition would evolve as the consultant gathers data and carries out analyses along the way. At any given point in time, the consultant needs to have a vision of what the end answer would be. Usually that vision is pretty blurred at the beginning but as data come in, it would become clearer. However, with more data, newer vision would emerge and that is often blurred. It will become clearer as more data come in. This cycle of iterations will go on for a number of times till an acceptable picture evolves. That picture may have some resemblance with the original hypotheses but often there are plenty of differences. Leaps and iterations are the intrinsics to first-principle problem solving.

For a long time, mainstream strategy thinking says a company should seek an advantaged position in their industry based on their core competences and that would be fine. End of story. Some people call this holy grail “Positioning.” But is it? Business is always dynamic. That a static positioning that can guarantee a long-term success doesn’t make much sense. This limitation is exemplified by the increasingly fast speed, high volatility and heightened uncertainty of the operating environment. And industry boundary is constantly being redefined. So today’s strategy must be dynamic in nature and should be based on a continuous balance between opportunities and capabilities; chaos and structure; self-built and collaborative partnerships. A corporate leader’s job is to ensure that the right balance can be made along the way with the right rhythm.

Problem solving is done in two ways. The first is based on expertise or experience on addressing similar issues. The second is to resort to first principles, going back to ask the most fundamental questions regarding the problem on hand. In reality, actual problem solving includes a combination of both, but the balance may differ. Expertise or experienced based problem solving is typically more efficient but could become linear and in-imaginative. First principles problem solving is needed to address ambiguous and fluid issues but could take more time. A good problem solver can master both and knows under what conditions what ought to be the optimal balance between the two approaches ought to be. And, adjust along the way.

Where there is “core”, there is also “fringe.” That’s one way of how duality manifests itself in companies. While for a long time – and still today – consulting firms and many academics advocate “focus” through “core competencies,” the rise of successful businesses like AWS have shown the power of “from fringe to core.” So while there is “core competence”, companies also need to understand the power of “fringe competence.” The two go hand in hand.

The boundary of a company’s business is a function of opportunities versus the company’s capabilities. As such, it’s dynamic. Of course, one doesn’t change its business boundary every day; however, a mechanical “focus” approach that never adjusts one’s business boundary may also not be that appropriate. The job of the company leader is to know how to consciously evaluate the trade-offs between opportunities and one’s own capabilities and decide if one needs to “jump over” to grab the new opportunities or not. Capability gaps can be filled along the way through self built and/or collaborative partnerships through ecosystems.

Like individuals, every organization has a character. Or personality. More fundamentally, it’s about “Who are you?” Lots of companies put their “vision”, “mission” or “values” which are crafted in plagues in the most visible locations. But do people really believe in them and internalize them in their daily behavior? Often not. Many companies do not have a clear sense of who they really are. They let their subconsciousness lead their behavior and end up being disillusioned. And eventually lose their direction and are trapped.

Every industry in China is undergoing changes. No industry is static. All are dynamic or impermanent. Company leaders must internalize and accept impermanence as a given and chart the company strategy with such a view.

All organizations consist of opposite forces. When there is black, there is also white. Same for yin and yang. And structure and chaos. But each of these forces won’t be able to manifest itself without the other. No one knows what black is without knowing what white is. And vice versa. Ultimately, what’s apparently opposite is actually one of the same. Or the Oneness. The job of the leader of any organization is to help the people to see through the illusion of the duality and get to the real core of the non-duality or the oneness. When an organization gets the notion of oneness, it’s consciousness will manifest and it will know what, how and how fast to navigate in the most natural way.

We often say we do “projects.”  More appropriately, however, we should say we undertake “engagements.”  Projects signify a transaction. Engagements stand for symbiotic relationship that goes on.  It stands for mutual commitment.  And the relationship extends beyond the contractual duration.

Consulting should be non-hierarchical, collegial, meritocratic and team-based. Consulting is best conducted through conversations in which both consultants and clients engage in seeking truths. A good consultant is one who can lead the team and client in the discovery process from ambiguity to clarity, from unknown to known, from little logic to logical, and from little consensus to alignment. And ultimately enlightened client and team.

Consulting is a marathon not a hundred meter dash. So consultants should pace themselves. Don’t kill yourself by keeping on dashing. Take time and relax. Sometimes get totally out of the rat race for a while. You will see your mind would work better that way. Also your health.

Problem solving starts with problem definition. What IS the problem that the client needs consultants to help them solve? WHO is the client anyway?