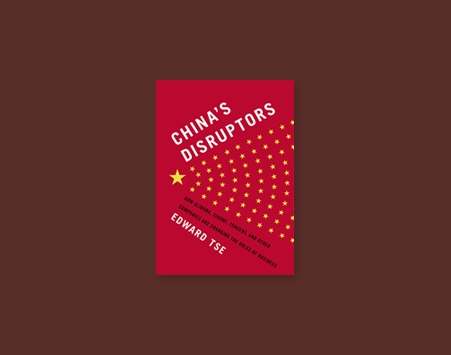 How Alibaba, Xiaomi, Tencent, and Other Companies are Changing the Rules of Business

In September 2014, Chinese e-commerce giant Alibaba raised $25 billion in the world’s biggest-ever initial public offering. Since then, millions of investors and managers worldwide have pondered a fundamental question: What’s really going on with the new wave of China’s disruptors?

Alibaba wasn’t an outlier—it’s one of a rising tide of thriving Chinese companies, mostly but not exclusively in the technology sector. Overnight, its founder, Jack Ma, appeared on the same magazine covers as American entrepreneurial icons like Mark Zuckerberg. Ma was quickly followed by the founders of other previously little-known companies, such as Baidu, Tencent, and Xiaomi.

Over the past two decades, an unprecedented burst of entrepreneurialism has transformed China’s economy from a closed, impoverished, state-run system into a major power in global business. As products in China become more and more sophisticated, and as its companies embrace domestically developed technology, we will increasingly see Chinese goods setting global standards. Meanwhile, companies in the rest of the world wonder how they can access the fast-rising incomes of China’s 1.3 billion consumers.

Now Edward Tse, a leading global strategy consultant, reveals how China got to this point, and what the country’s rise means for the United States and the rest of the world. Tse has spent more than twenty years working with senior Chinese executives, learning firsthand how China’s most powerful companies operate. He’s an expert on how private firms are thriving in what is still, officially, a communist country. His book draws on exclusive interviews and case studies to explore questions such as

*What drives China’s entrepreneurs? Personal fame and fortune—or a quest for national pride and communal achievement?

*How do these companies grow so quickly? In 2005, Lenovo sold just one category of products (personal computers) in one market, China. Today, not only is it the world’s largest PC seller; it is also the world’s third-largest smartphone seller.

*How does Chinese culture shape the strategies and tactics of these business leaders? Can outsiders copy what the Chinese are doing?

*Can capitalists really thrive within a communist system? How does Tencent’s Pony Ma serve as a member of China’s parliament while running a company that dominates online games and messaging?

*What impact will China have on the rest of the world as its private companies enter new markets, acquire foreign businesses, and threaten established firms in countless industries?

As Tse concludes: “I believe that as a consequence of the opening driven by China’s entrepreneurs, the push to invest in science, research, and development, and the new freedoms that people are enjoying across the country, China has embarked on a renaissance that could rival its greatest era in history—the Tang dynasty. These entrepreneurs are the front line in China’s intense hunger for success. They will have an even more remarkable impact on the global economy in the future, through the rest of this decade and beyond.”

1. “A detailed and fascinating study of the changing landscape in China and the entrepreneurs who are driving that change forward. This is a book that will only become increasingly important in the years to come.”
—CHEN DONGSHENG, chairman and CEO, Taikang Life Insurance Co. Ltd., and president, China Entrepreneurs Forum

2. “China’s Disruptors is a must-read for understanding the next phase of China’s economic development. It provides deep insight for all those who do business in China today or who want to participate in this dynamic economy.”
—SANDRA E. PETERSON, group worldwide chairman, Johnson & Johnson

3. “For those who think Silicon Valley is the epicenter of technology, Edward Tse will convince you otherwise. China’s Disruptors is an insightful and thought-provoking look at the ‘other’ game changers. It’s a great read for anyone with a passion for innovation and a relentless drive to win.”
—DINESH PALIWAL, chairman, president, and CEO, HARMAN International

4. It could be said that the past 200 years of ‘Western’ progress has been condensed into the past 20 years or so in China, and as the World’s most populous nation was catapulted into an urban energised power-house….it has revealed all of the good and the bad that is ‘progress’.
—Roger Atkins | 6 Sep 2016 from LinkedIn.com

5. “Tse’s astute analysis of China’s entrepreneurs and their approach to innovation provides valuable information for business executives everywhere and confirms China’s role in shaping global business for the foreseeable future.”
—《Publishers Weekly》 in the US in its May 11th issue